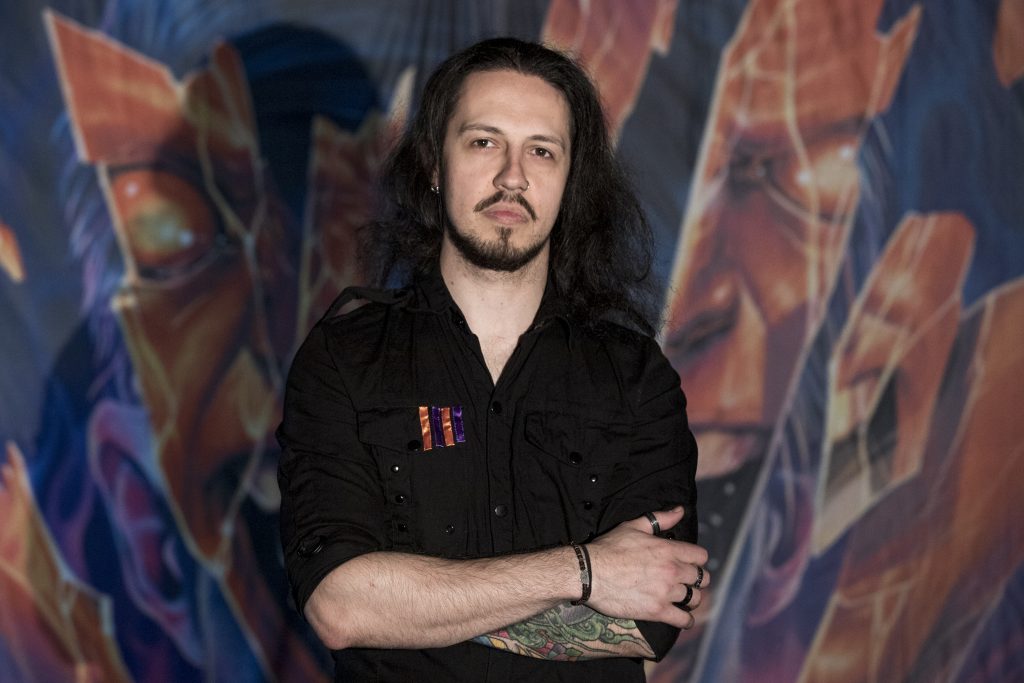 Why did you start playing?:
My dad played guitar a lot and when my parents separated I inherited his guitar, shortly after I got into Metal and the rest is history

What is your best trait/ worst habit:
Determination/ Losing focus on other important things due to said determination

Song to play live: I, Architect, De6enerate
Gig you’ve played: Wake Up 2014/ Taiwan.
Band: Children of Bodom and Dark Tranquillity
Gig you’ve been to: Ohh… Children Of Bodom ’08, tied with Iron Maiden somewhere in time tour
Food/ Drink: Medium rare steak, any day of the week. With a nice red to go with it!
Quote: “You can’t find something until you’ve lost it”
– Me