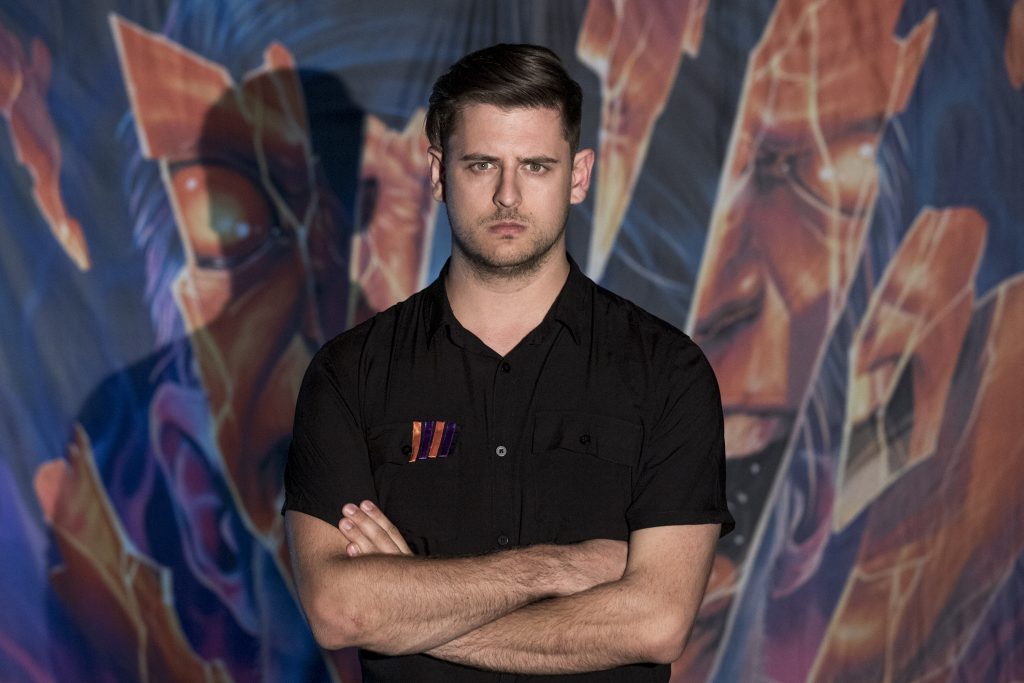 When did you start playing?:

Christmas 2012, got my first guitar and it all went downhill from there.

Why did you start playing?:

Fell in love with AC/DC, Avenged Sevenfold and Trivium.

Describe yourself in 3 words:

What is your best trait/ worst habit:

My ability to whip out dad-jokes, irrespective whether they’ll be well received or not.

Gig you’ve played: Played a gig in a small dingy place in Sydney with one of my old bands, and I ended up taking over guitar for the headlining band on the night because he couldn’t be bothered playing the final song and wanted to mosh. So I learned the last song in the green room with the other guitarist 10 mins before they went on. So much fun!

Gig you’ve been to: Wintersun in Melbourne 2017 (oh look, Orpheus Omega supported that one!…)

Food/ Drink: Fried Chicken and /or burritos for food, and the following for drinks: