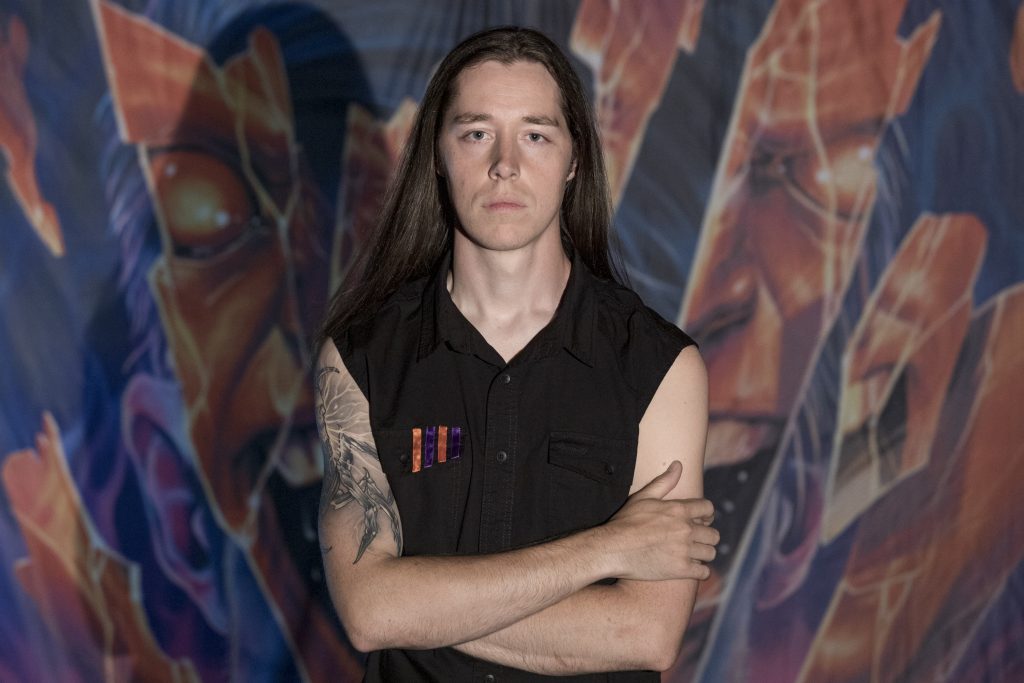 When did you start playing?:
I’ve been around musical instruments my whole life, but it was at roughly the age of 14/15 that I started taking an active interest in guitar

Why did you start playing?:
I’m a competitive guy, I knew a couple of riffs and licks and so did a mate at my new school…I needed to get better than him obviously!

Describe yourself in 3 words:
Obsessive

Where do you see yourself in 5 year?:
Playing a lot more shows!

What is your best trait/ worst habit:
My obsession over the tiny details, this can be really positive. But when I start losing track of effort vs diminishing returns I can end up wasting time and stressed.